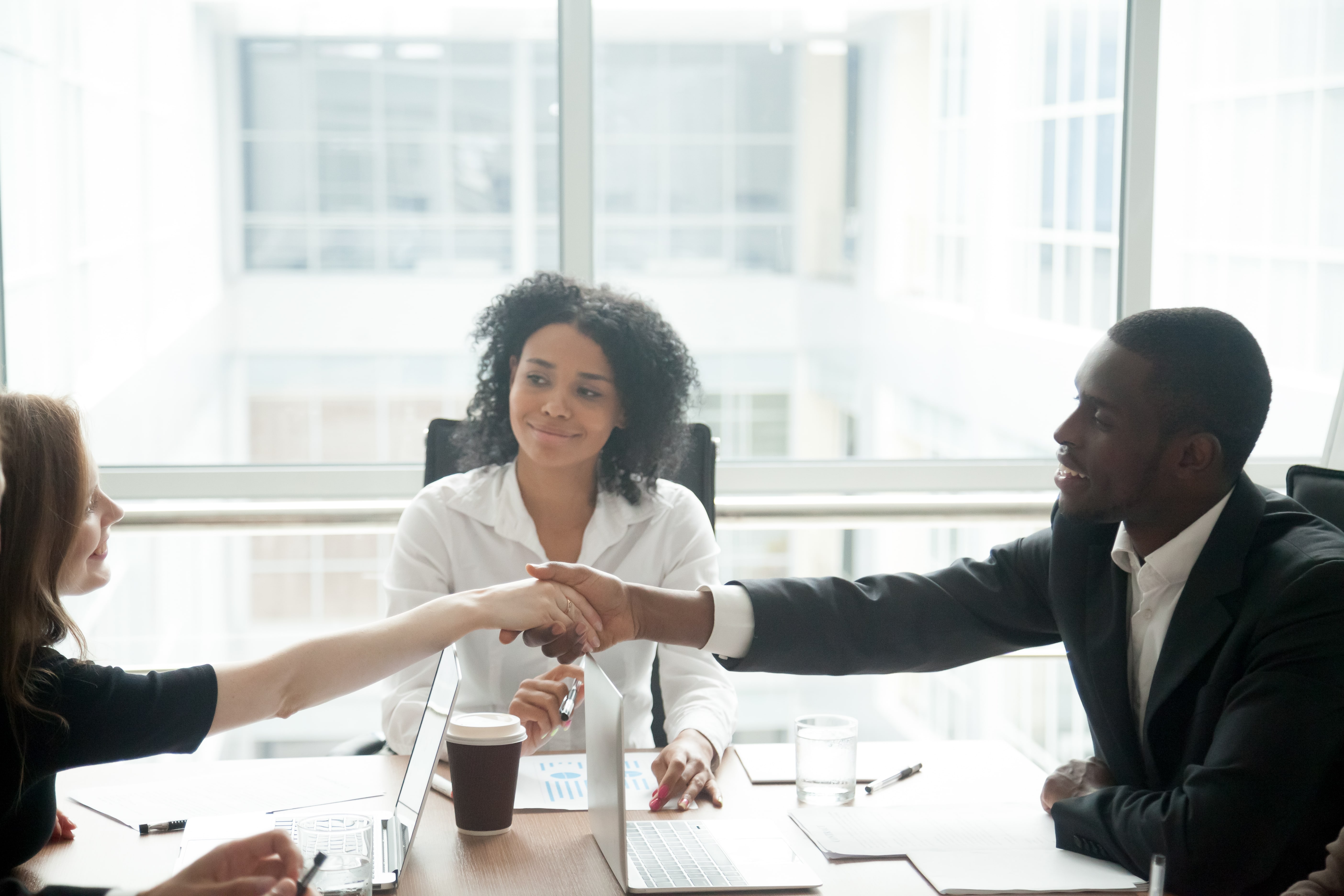 Conflict is a natural part of human relationships, whether those relationships are formed in families, among friends, or at work. In a workplace setting, conflicts often arise because of opposing interests and ideas or because of personal or professional disagreements. The outcomes of conflict can be both positive and negative, and it’s often up to managerial staff to determine the overall effects of conflict on a business and its employees. Yet every employee has a responsibility to communicate potential and existing conflicts before they become disruptive and counterproductive.

What Can Cause Conflict in the Workplace?

Poor communication is one of the most common sources of conflict in the workplace because different communication style used by employees can cause misunderstandings. Generational differences between Generation Z workers, Millennials, Generation X workers, and Baby Boomers can also contribute to communication problems and stereotypes that get in the way of seeing each employee as an individual. Furthermore, a lack of communication between employees and management can make employees feel like they are undervalued meanwhile management feels like their employees are apathetic.

Differing values and interests are also common answers to what can cause conflict in the workplace. This may involve employees who pursue their personal goals with no regard for the company’s interests or when employees refuse to accept values other than their own. Personality clashes, poor performance, and not enough workplace resources can also lead to conflict among staff members at work. For example, not having enough office space or adequate technology equipment can lead to fights among employees who are vying for the same set of limited resources.

The Risks of Workplace Conflict

Conflict is most commonly associated with negative emotions, and it can cause profoundly negative impacts on staff if not properly managed and resolved. For example, conflict has the potential to lower workplace morale, increase employee absenteeism, and decrease work productivity. Mid-level managers often spend a significant amount of their time resolving employee conflicts, which may detract from the other tasks they are assigned to do. Poorly managed conflicts can also lead to high turnover rates of employees, poor job satisfaction among employees, and low company loyalty.

The Benefits of Workplace Conflict

However, there are also some positive things that can come out of conflict when it is resolved in a beneficial way. For example, conflicts can bring injustices, unfair protocols, and underlying issues to light where they can be addressed instead of ignored. When effectively resolved, conflict can also help employees grow both personally and professionally in their careers. For the company as a whole, conflict can drive positive change and move an organization forward to reach its goals.

How to Manage Conflict in the Workplace When Tensions Are High

When it comes to addressing conflict, managers tend to have a flight or fight response. Some people thrive on conflict and want to battle out even the smallest issues, while others would rather avoid conflict entirely and pretend that issues do not exist. Tensions often run high when a conflict exists, so it is usually best to address it directly and raise the issue with the relevant parties as soon as possible. This process will likely begin by diffusing tensions and getting everyone to remain calm and ready to talk in a reasonable and respectable manner.

As a manager, listen to both sides of the conflict separately to get a sense of each person’s perspective and why the tensions have escalated. Don’t neglect to pay attention to each party’s emotions, but also discuss the actual facts that led up to these emotions. From here, you’ll need to bring the conflicting parties together in a safe space and help them find common ground to bridge the gap that divides them. Although staying positive is crucial for how to manage conflict in the workplace, it is also important to confront negative feelings and encourage openness and acceptance.

How to Resolve Conflict in the Workplace Quickly and Fairly

The longer that conflict goes unnoticed or unaddressed, the more likely it is to become a major issue in the future. If you’re looking for answers about how to resolve conflict in the workplace, the first logical step is to identify the source of the problem. You can do this by talking to the involved parties directly, taking a confidential survey of your entire team, or consulting a relevant supervisor for outsider’s perspective.

It may help to address unconscious biases among staff members that lead to skewed thinking and unfair judgments. Rather than singling individuals out, it may be best to address shared issues to your team as a whole. However, if just one person is the cause of the conflict, he or she may require additional monitoring and remedial actions to further company goals and restore a positive workplace environment.

Tips for Preventing Conflict Among Coworkers

One of the best ways to prevent future conflicts is to clearly communicate your company’s values and establish a brand identity that employees can relate to and appreciate. Ultimately, a clearly established set of values will help employees understand whether they are in the right or in the wrong when conflicts arise. Managers and business owners should also make a priority of treating all staff members with respect, creating a fair management system, and being as transparent as possible at all times.

To address workplace issues of too little space, not enough privacy, and less-than-accommodating office conditions, managers should consider the possibilities of temporary office space, conference room rentals, and virtual office programs. NYC Office Suites offers all of these options, which can be very valuable for conflict resolution matters. For example, flexible office spaces for rent can give employees the breathing room they need to do their work effectively. Meeting and conference rooms that can be rented by the hour can give executives the privacy and discretion they need to further the business. Meanwhile, virtual office solutions can enable employees to work from home while still maintaining a professional image.

Other ways to prevent conflict in the workplace include leading by example and giving praise and corrections as soon as possible to reinforce positive behaviors and discourage negative ones. Companies tend to prosper better in environments of cooperation rather than pure competition, which is why company social outings and team lunches can solidify good relationships from an early stage of working together.

Furthermore, managerial staff should be proactive about the conflict by setting workplace-conflict guidelines so that there is a plan in place for future situations. This may include having a formal complaint process that involves talking to a supervisor one-on-one, completing a designated complaint form, and filing a follow-up response within a set amount of time. Training managers to be mediators can be a time-consuming process, but many companies can benefit from extra training sessions that address conflict resolution and negotiation strategies.

Even with the right training and protocols in place, conflict in the workplace is inevitable. But when handled effectively, it can be used as a tool for growth and understanding rather than a distraction that harms the wellbeing of the company and its employees.

Previous Back to All Posts Next
X Close Form