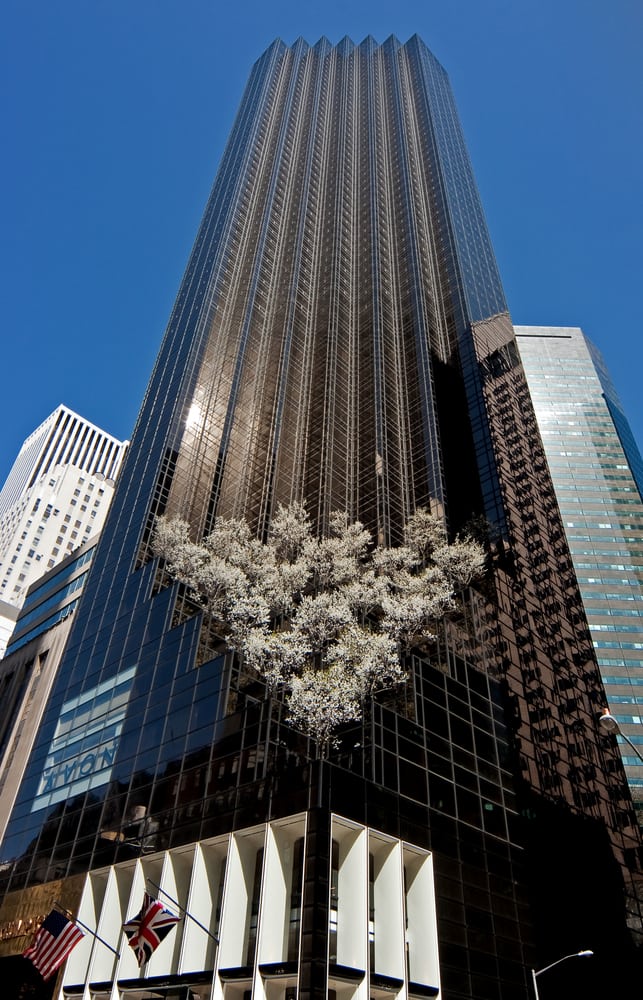 Since the recent election, Trump Tower, a 58-story high-rise on Fifth Avenue between 56th and 57th Streets in Midtown Manhattan, has become a more important piece of real estate than ever before. Donald Trump has made his love of New York City very clear, and many speculate that Trump Tower will serve as a “satellite White House” where he will spend a significant part of his time as president.

Undoubtedly, Trump’s presence in Midtown will change the lives of the people who live and work here. But this is also a great opportunity to look into temporary office space near Trump Tower and conference space near Trump if you work in certain key industries.

Benefits of Being Near Trump Tower

While long-time residents may cringe at the added hassles and headaches of a presidential neighbor, there are also many benefits of having Midtown Manhattan offices near Trump Tower. Here are a few benefits to consider.

Connectivity to the Administration

Proximity pays off if you’re an industry professional or business that plans to work closely with the Trump Administration. Since Trump has indicated that he still wants to spend as much time as possible at his beloved penthouse in New York, politicians and diplomats may have better opportunities to meet with him here rather than D.C.

Members of the media who wish to interview Trump on various issues may be able to get the stories they want if their magazines and websites have a presence in Midtown. And lobbyists and advocacy groups may be able to get their requests and messages in front of Trump and his team more readily if they find temporary office space near Trump Tower.

The area around Trump Tower was busy and congested well before Trump ever decided to run for president, and traffic issues have only gotten worse since his campaign. But if you maintain offices near Trump Tower, you can avoid the hassle of driving, flying, or taking public transportation to the area to attend crucial meetings.

Anyone who’s passed through Midtown Manhattan lately knows how much security has been ramped up since Trump’s presidential campaign kicked off. Mayor de Blasio says that the current heightened security measures around Trump Tower will remain in effect at least until inauguration day. Secret Service and the NYPD are patrolling between 53rd Street and 57th Street and between Sixth Avenue and Madison Avenue, and concrete barriers have been installed between Fifth and Madison on 56th Street.

While pedestrian bag checks may be a hassle for tourists and locals, the added security can be a welcome measure for businesses who require extra protection. Having additional security can provide industry professionals with peace of mind that attacks and threats won’t go unnoticed. Also, law enforcement has stated that the Secret Service is in negotiations to take over two vacant floors at Trump Tower.

Some of the best and most iconic restaurants and shops in New York City are located around the Trump Tower, but access to them has been partially restricted by added security measures. However, if you take advantages of convenient offices for rent near Trump Tower, you can still visit these establishments and support local businesses during challenging times.

How to Rent Midtown Manhattan Offices Near Trump Tower

It’s no secret that rental prices aren’t cheap in this area, which is why Midtown Manhattan temporary office space near Trump Tower is such an attractive option. At NYC Office Suites, Midtown Manhattan is our area of expertise and the place we know best.

We provide flexible offices for rent near Trump Tower that are prebuilt, furnished, staffed, and technology-ready. With contract terms of as little as 3 months, our Plaza District, Commerce Building, Graybar Building, and Midtown East offices can be tailored to suit any business needs and preferences.

So if securing a prominent location near Trump’s New York headquarters is important to your personal career or professional business, contact us today or visit our website to chat with our team. Given the current political climate, our offices for rent near Trump Tower are going fast, so don’t wait any longer to get in the middle of all the action.

Previous Back to All Posts Next
X Close Form